Picture of a poor soul

Picture of a poor soul 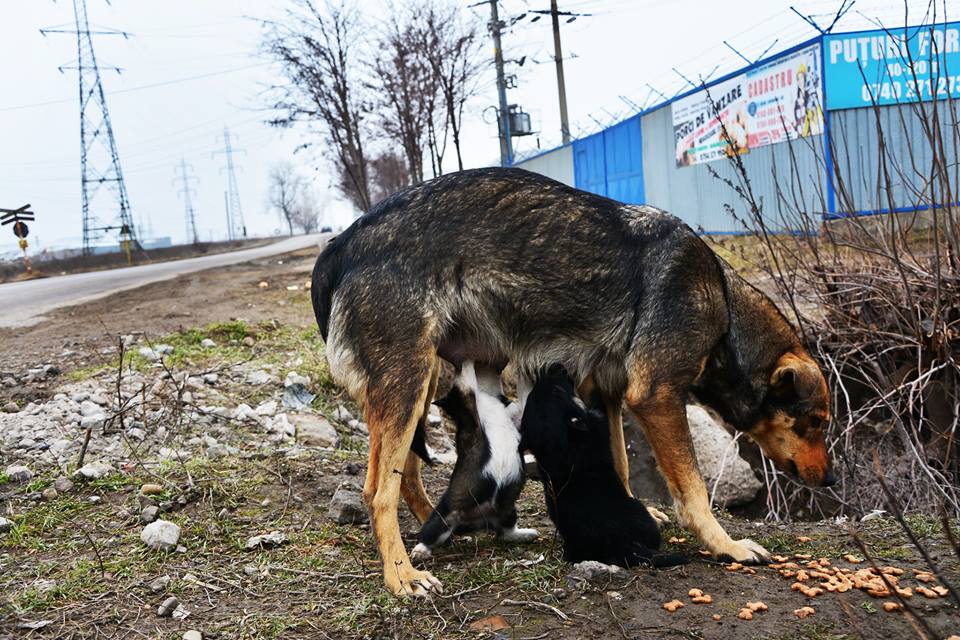 How do you imagine poor people? What do you visualize?

Some people may imagine homeless people in rags, beggars who sit for hours on the cold hard streets of cities, even in the rain. Other people may see the poor people who die of starvation and illness, the skeletal children and babies of the Third World. Others may see the people who frequent welfare agencies, reliant upon the support of goodwill and charity for the simple necessities of life.

Only a minority of people will see the poor people who are suffering financially due to unemployment, or those earning low incomes. Life can be unpredictable, and people can lose their fortunate circumstances all too easily. Circumstances change also due to ordinary human events, such as the birth of a child, or a complicated illness.

Even fewer people will see poor people with their pets. Countless numbers of poor people have pets, and try to maintain themselves and their pets on a low income. Although these people love their pets, they often have to abandon them in order to survive. It is a heartbreaking decision to make, and the pet doesn’t understand why it is forced to leave the family home and fend for itself.

The abandoned dog will look for their owner, but the big wide world can be a very frightening place for these vulnerable canines to be, especially without anyone to hide behind or to console them.

If the dog is rehomed, then it is very lucky. It will settle in to the new home and family. Given time, the dog will learn to open its heart to the new family and the dog is more likely to have plenty of food, a solid home environment to shelter in, access to veterinary care and most importantly, love.

The dogs that once had a home and family to care for them are left to look after themselves in very contrasting circumstances to the rehomed dogs. The dogs have been let down by a humanity dependent upon their changing financial circumstances. Dogs do not have hunting circumstances in city streets, so they become scavengers and beggars. It is often a cruel world for domestic animals when they are faced with human made dangers such as cars, busy roads and hunger. If they are in an accident, who cares for them? If they are not castrated, it is not within their control if they reproduce puppies. Their natural instinct, after all, is to reproduce.

Romanian street dogs do not have a good chance of living. They may be hit in an accident with a car or another vehicle on the road. This is a common circumstance, unfortunately for the dogs that try to live in strange and unfamiliar surroundings. The dogs may also be abused by humans. Sadly, there are people who will take advantage of these creatures, capturing them to use for their own purposes. Some will take out their personal grievances on innocent animals, kicking and beating them in the street, simply because they can. Street dogs are often euthanized at the pound; this is something many charities do after waiting a brief period of 14 days for the dogs to be identified, collected or bought.

Yet, do not despair, as there are the people who try everything in their power to keep their dogs, even when their circumstances change and their finances falter. And that is when ROLDA can help the people in poverty to keep their pets safe from harm.

photo: Bobitza and his human companion, together because of your help.

ROLDA offer two types of assistance. The first type of assistance is free sterilization and microchipping for the pets of the poor. The microchipping allows for easy identification of the pet in order to keep them safe if they are lost. Microchipping also prevents placement in the pound, and the dangers of the streets or of being stolen. Castration helps to reduce and control stray dog populations.

The second type of assistance offered by ROLDA is also to control the populations of strays by first catching then ear tagging, castrating, and then returning strays to a place with a ready supply of water. It is ideal that ROLDA can offer support to the many stray dogs in future at the no kill shelter.

On an annual basis there are approximately 6,000 puppies whelped as strays in Romania. There are over 19 million people living in Romania. The average monthly Romanian income is 200 euros. The average monthly income for Romanians is less than the fortnightly income for a low income worker in Australia. There are many financially disadvantaged Romanians who would love to help the dogs, but simply cannot due to their low incomes and poor financial circumstances.

Both ROLDA campaigns exist due to the support received from generous donators. ROLDA have managed a few hundred castration operations per year so far. The 2015 goal is for 700 castration operations. The reduction of street dog populations in this humane manner will ensure less burden on the Romanian taxpayers, who contribute about half a million euros per year towards government run pounds.

Your help is appreciated! You can make a difference today!

Donate by internet banking or at your local bank branch to:

With your kind and generous support ROLDA can help to reduce the number of stray Romanian dogs on the streets, increase the number of rehomed dogs and reach the 2015 goal of 700 sterilizations. ROLDA has the aim to improve the lives of all dogs in Romania. To increase the support network available in often financially limited circumstances for the pet owners to have identifiable dogs that are safe, castrated and happy.

You become responsible forever for what you have tamed.